NASA has received and is reviewing 12 proposals for future unmanned solar system exploration. The proposed missions of discovery – submitted under NASA’s New Frontiers program – will undergo scientific and technical review over the next seven months. The goal is to select a mission for flight in about two years, with launch in the mid-2020s.

“New Frontiers is about answering the biggest questions in our solar system today, building on previous missions to continue to push the frontiers of exploration,” said Thomas Zurbuchen, Associate Administrator for NASA’s Science Mission Directorate in Washington.

“We’re looking forward to reviewing these exciting investigations and moving forward with our next bold mission of discovery.”

The Trump administration’s second Army secretary nominee withdrew from consideration Friday amid mounting opposition to past comments he made about Islam, evolution and gender issues.

Mark E. Green, a firebrand Republican state senator in Tennessee and veteran of the Iraq War, said there can be no distractions in overseeing the military and blamed “false and misleading attacks against him” in a statement provided to the media. The Pentagon and the White House had no immediate reaction to his announcement, but it came hours after a Defense Department spokesman declined during a meeting with journalists to say whether Defense Secretary Jim Mattis still supported him for the job.

Green pulled out after a month of calls for the Trump administration to choose someone else. Advocacy groups for lesbian, gay, bisexual and transgender people immediately launched an effort on Capitol Hill to block his nomination after it was announced April 7, saying his history of antagonism toward them made him an unacceptable choice.

With all that’s going on in politics nowadays, it’s easy to forget that presidents, kings, queens, prime ministers and other authority are people too. It’s kind of hard to imagine a president rocking out to some tune before his bedroom mirror after a long day of work. But some of them do.

One of the most scandalous presidents likes to talk about the music he listens to.  He claims to be a fan of Frank Sinatra, Tony Bennett, and Elton John, Eminem and … Toots & The Maytals. The president says that listening to music helps him to relax.

Bill Shine has long been given credit as being a driving force behind Fox News Channel. He was a longtime guiding hand behind veteran anchors like Sean Hannity and Greta van Susteren, and is said to be a key determinant of how the network’s anchors present the issues on air each broadcast day.

But now a series of press stories and fiery tweets from Hannity himself have put Shine in a spotlight he would probably like to avoid.

Sean Hannity, the only remaining Fox News primetime anchor who has ties back to the network’s earliest days, on Thursday used Twitter to vent his frustration about a New York magazine report suggesting that Shine, currently a co-president of Fox News, had sought public support from the Murdoch family, the controlling shareholders of Fox News parent 21st Century Fox. “Somebody HIGH UP AND INSIDE FNC is trying to get an innocent person fired,” Hannity said. He also tweeted: “I pray this is NOT true because if it is, that’s the total end of the FNC as we know it. Done.”

The founder of Wikipedia says he’s on a mission to fight fake news.

Jimmy Wales is launching a news platform that will bring journalists together with an army of volunteer fact checkers. He’s calling the site “Wikitribune.” 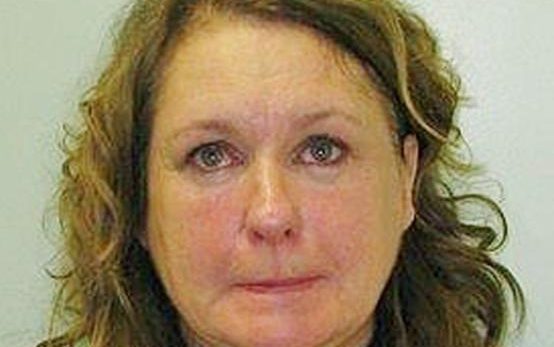 A sales manager has been jailed for more than two years for ploughing into a stationary car and killing a pensioner as she tried to send a happy birthday message on Facebook.

Wendy Thompson, 53, of Barnetby, north Lincolnshire, pleaded guilty at the Old Bailey to causing the death of Rodney Lewis, 84, by dangerous driving and causing serious injury to his 77-year-old wife Marlene.

CARACAS, Venezuela — Authorities in Venezuela say a young man has been shot and killed in a street protest, becoming the ninth person to die this month during demonstrations in the South American country.

Vicente Paez, a city council member, said Friday that victim Melvin Guitan was wounded in Petare community east of Caracas when he was struck by a bullet during a protest being broken up Thursday by National Guard members deploying tear gas. Guitan was taken to a hospital, where he died Thursday night.

The increased tensions on the Korean Peninsula—with the Trump administration threatening to get tough with the North Korean regime of Kim Jong-un (sometimes via Twitter) and the North Korean nuclear program progressing apace—has engendered fear from Seoul to Washington. President Obama told his successor that North Korea was likely to be the most serious foreign policy threat of the next several years; Trump himself even admitted to listening to the Chinese leader discourse on the subject and has spoken of offering China more favorable trade terms in exchange for cooperation in limiting North Korean action.

he bruised and bloodied passenger who was forcibly removed this week from an United Airlines flight lost two front teeth and suffered a broken nose and “significant concussion” in the ordeal, his lawyers said Thursday.

Dr. David Dao, who fled Saigon amid war before immigrating to America in the 1970s, was released from the hospital Wednesday, but will need reconstructive surgery and remains “shaken” by the experience, attorney Thomas Demetrio told reporters in Chicago.

“He said that being dragged down the aisle was more horrifying and harrowing than what he experienced in leaving Vietnam,” Demetrio said.

Just months after giving birth to her first child at age 50, Janet

According to the New York Post while one source said the split is amicable and the couple will co-parent their son, others said trouble had been brewing for months.